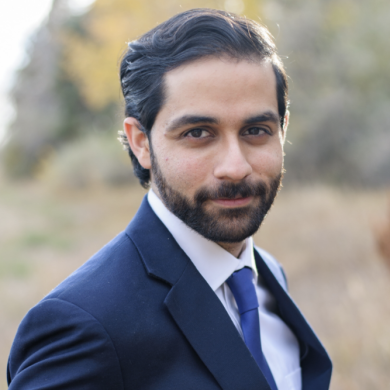 Pharmaceutical companies are facing tough questions over the rising cost of prescriptions, and it’s easy to see why.

About 570,000 Coloradans, roughly the population of Colorado Springs, did not fill a prescription last year because it cost too much, according to the 2017 Colorado Health Access Survey (CHAS). In fact, this trend has held steady for the decade, despite a historic expansion of insurance coverage.

Colorado legislators responded with a suite of bills to address rising costs in 2018, but they could reach agreement on only one: A new law that prohibits “gag orders” that don't allow pharmacists and pharmacy benefit managers to share the costs of prescriptions. 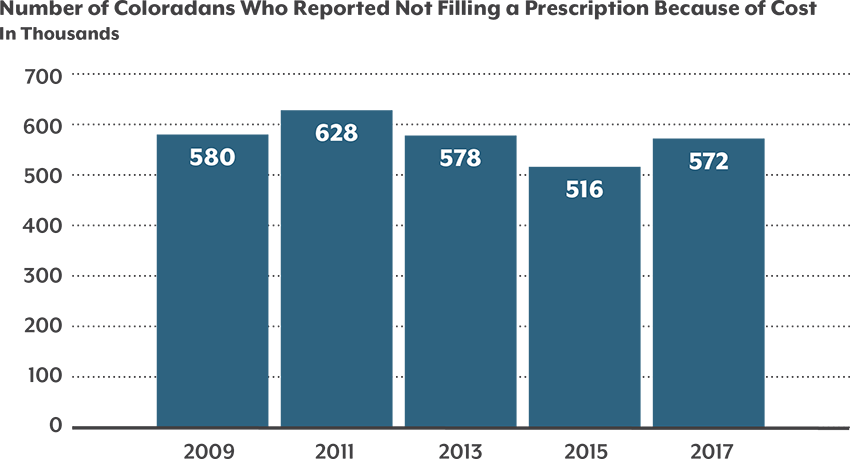 In an effort to reduce costs for consumers, legislators put forth seven bills this year to address drug costs. The bills shared a common theme: consumer empowerment. From drug price transparency to greater patient choice of pharmacies to importing drugs from Canada, many different approaches were thrown at the wall — but only one stuck.

This bill would have required drug manufacturers, pharmacy benefit managers, insurers and pharmacies to submit annual reports regarding the price of prescription insulin drugs used to treat diabetes. The information would then have been published in a report.

This bill would have required health insurers to submit information on covered prescription drugs to the commissioner of insurance, who would make it publicly available. HB 1260 also added reporting requirements for drug manufacturers; for example, beginning in July 2020, they would have had to notify insurers and pharmacy benefit managers when increasing the price of certain prescription drugs by more than 10 percent or introducing new specialty drugs in the commercial market.

For a deeper dive into these bills and the general push for transparency during this year’s legislative session, check out Deb Goeken’s updated blog.

Transparency at the Pharmacy

While lawmakers could not agree on increasing transparency from drug manufacturers, they did agree on offering transparency at the local pharmacy. This bill, which had bipartisan sponsorship, will prohibit carriers that have contracts with pharmacies, pharmacists or pharmacy benefit managers from:

Despite bipartisan sponsorship, this bill — which would have prohibited insurance carriers and pharmacy benefit management firms from limiting enrollees’ ability to select a pharmacy or pharmacist of their choice — failed in the Senate.

The bill also included bans on cost-sharing requirements (such as copayments) for selecting a particular pharmacy and on denying a pharmacy or pharmacist from participating in an insurance network.

Status: Failed in the Senate Business, Labor and Technology Committee (6-1)

Senate Democrats proposed a bill that would have created the “Colorado Wholesale Importation of Prescription Drugs Act,” which would require the Department of Health Care Policy and Financing (HCPF) to design a program to import prescription drugs from Canada — where drugs are often much cheaper — for sale to Colorado consumers. The program would have required both drug safety and cost savings for Coloradans.a

Sen. Irene Aguilar (D) and Rep. Susan Lontine (D), who backed SB 80, also introduced a bill that would have prohibited pharmaceutical manufacturers or wholesalers from price gouging — the practice of raising the price of drugs to an unreasonable or unfair level — on sales of essential off-patent or generic drugs. The bill would have made the practice of price gouging a deceptive trade practice under the Colorado Consumer Protection Act and required the state Board of Pharmacy and head of HCPF to report suspected price gouging to the state attorney general.

House Democrats introduced the same bill concurrently to allow for more exposure and debate — but it was to no avail.

Status: Failed on the House floor.

While six of the seven bills this year to address prescription drug costs for Colorado consumers failed, it’s not the end of this important discussion.

CHI will continue to monitor bills to address cost of prescription drugs in 2019. In the meantime, look for a discussion of themes and notable bills from this session, including those focused on pharmaceuticals, in this year’s Legislation in Review report.