Mapping Data A to Z: Rise In Underinsurance

Even though tens of thousands of Coloradans gained insurance, the coverage they received was not adequate to cover their bills and they are now underinsured.
Published: July 13, 2016 | Updated: April 11, 2017
Colorado Health Access Survey
Health Coverage and the Uninsured
Share Tweet 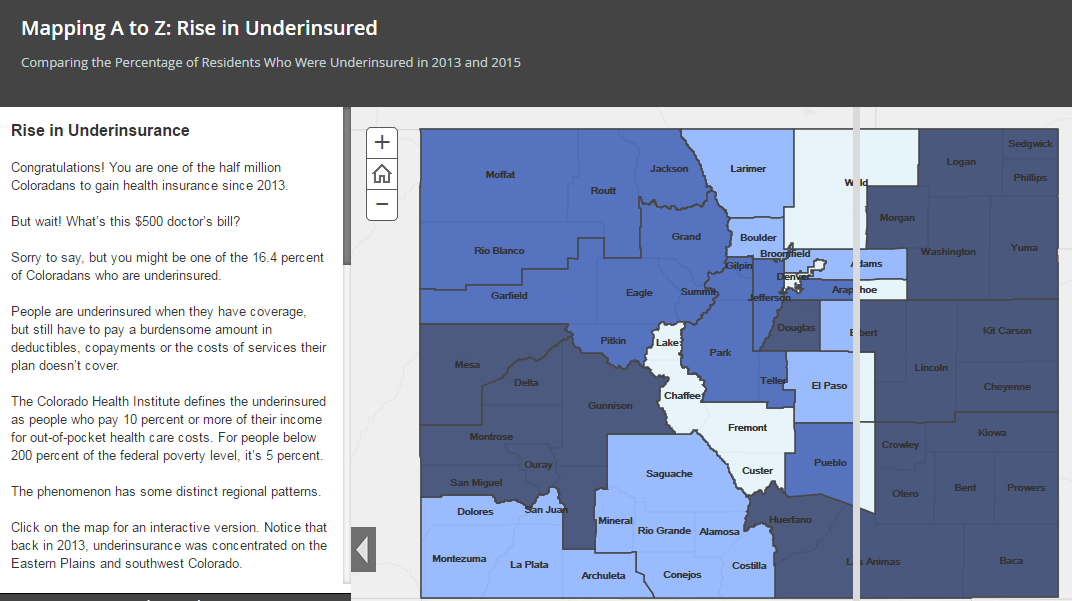 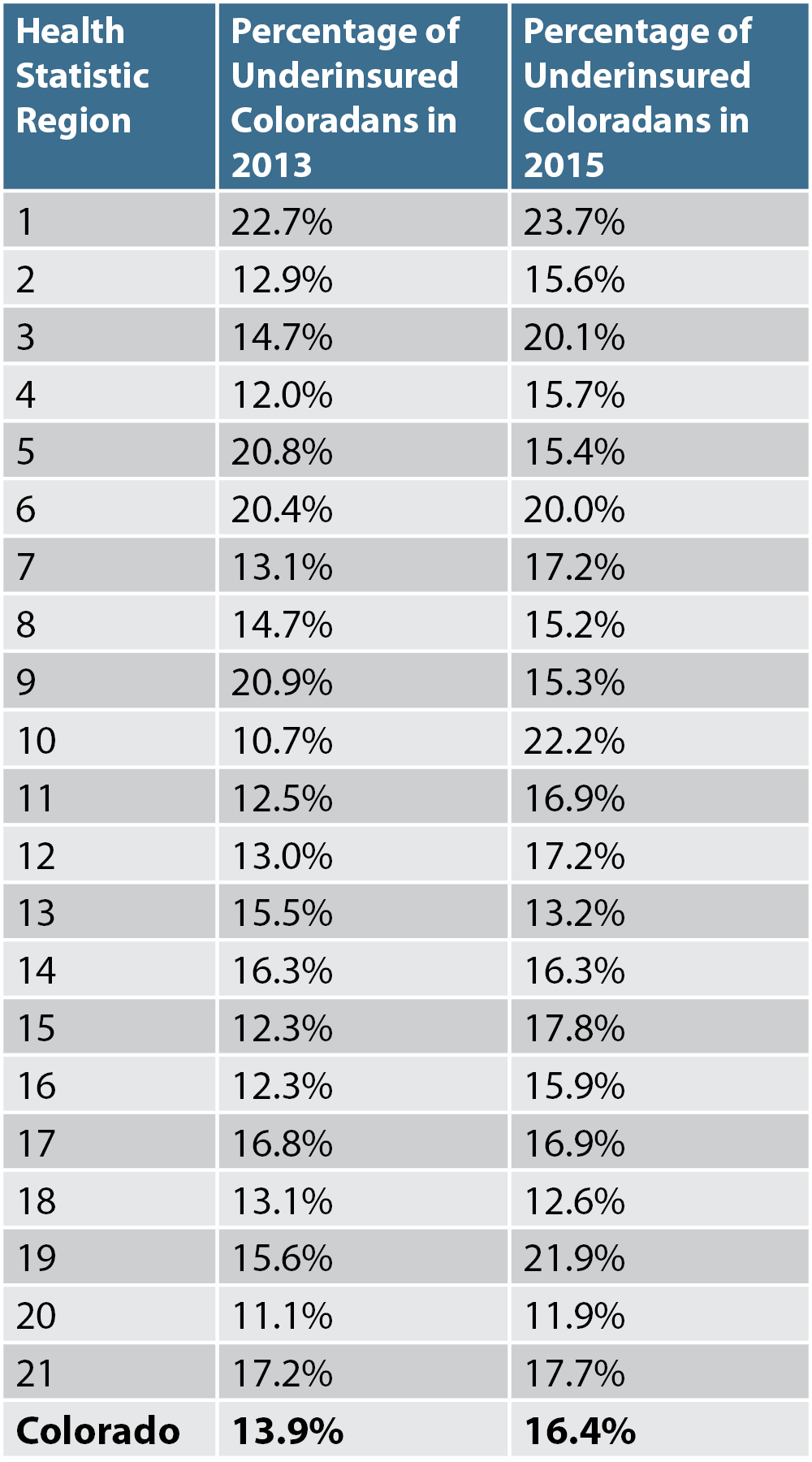 Congratulations! You are one of the half million Coloradans to gain health insurance since 2013.

Sorry to say, but you might be one of the 16.4 percent of Coloradans who are underinsured.

People are underinsured when they have coverage, but still have to pay a burdensome amount in deductibles, copayments or the costs of services their plan doesn’t cover.

The Colorado Health Institute defines the underinsured as people who pay 10 percent or more of their income for out-of-pocket health care costs. For people below 200 percent of the federal poverty level, it’s 5 percent.

The phenomenon has some distinct regional patterns.

Click on the map for an interactive version. Notice that back in 2013, underinsurance was concentrated on the Eastern Plains and southwest Colorado.

Now slide the bar on the map, and watch underinsurance sweep across the state. In 2015, it was a problem all along the Western Slope and much of the Front Range.

It seems that when tens of thousands of Coloradans gained insurance, the coverage they received was not adequate to cover their bills.

Weld County was the only region that did not appreciably reduce its uninsured rate between 2013 and 2015. But on this map, it stands out as one of the regions with the lowest rates of underinsurance. Hardly anyone in Weld gained insurance, but the people who had it already seem to enjoy good coverage.

Now take a look at the region around Gunnison and Montrose.

This region made greater strides than any other in expanding insurance coverage after 2013, mainly thanks to a surge in Medicaid enrollment. But as the uninsured rate dropped, the underinsured rate climbed steeply, from 10.7 percent in 2013 (the state’s best) to 22.2 percent in 2015 (among the state’s worst).

Part of the big swings in data we see might stem from our definition of underinsurance. Remember that people below 200 percent of the poverty line are considered underinsured when they spend 5 percent of their pay on health costs. At low incomes, it doesn’t take much spending to reach 5 percent.

That could explain what’s happening in the Gunnison Valley. The uninsured who gained coverage tended to have low incomes and be covered through Medicaid. Many of them remain underinsured, even though Medicaid offers fairly comprehensive benefits.

Now the challenge for Colorado is to make underinsurance a temporary stop on the path to full insurance, and not a permanent trap.