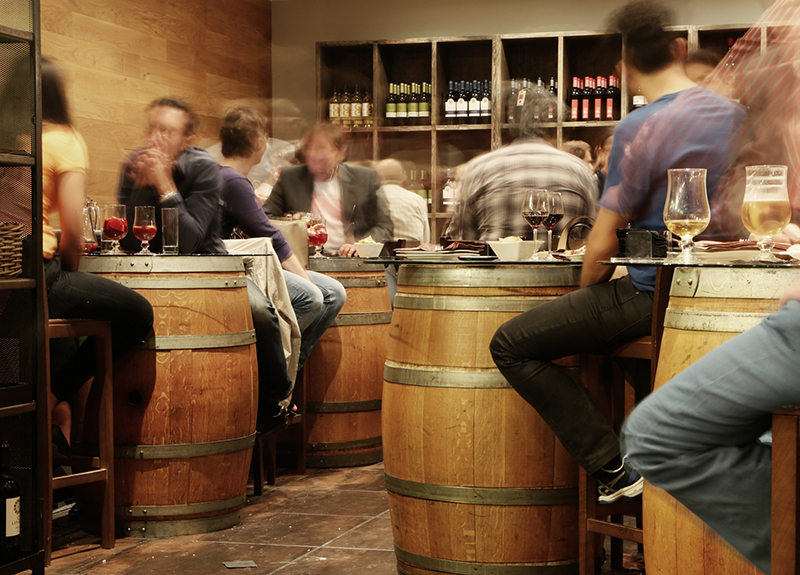 April is Alcohol Awareness Month, which coincides with the release of this year’s Robert Wood Johnson Foundation County Health Rankings. Although Coloradans tend to see themselves as fit and active, there’s disturbing evidence that too many adults are problem drinkers who jeopardize their own health and the well-being of others.

Other substances, such as opioids, marijuana, and e-cigarettes, have received more public attention in recent years, but alcohol remains the most used substance by adults. Excessive alcohol use causes 1 in 10 deaths among adults aged 20 to 64 according to the Centers for Disease Control and Prevention (CDC). And access to alcohol is more convenient than ever. Adults can order beer or liquor deliveries from their couches. In January it became legal in Colorado to sell full-strength beer in grocery stores, meaning adults can pick up beer along with their groceries instead of needing to make a special trip to the liquor store.

CHI looked at two alcohol-related measures included in the County Health Rankings, excessive drinking and alcohol-impaired driving deaths, to see how drinking varies across the state and how Colorado compares with the rest of the country.

Overindulgence is Common Among Colorado’s Adults

More than one in five adult Coloradans (21 percent) reported excessive drinking, defined as either binge or heavy drinking in the past 30 days, compared with 18 percent nationally.[i]

Heavy drinking can have deadly consequences. Excessive alcohol use contributes to the death of almost five Coloradans a day, according to the Centers for Disease Control and Prevention (CDC). It is tied to some of Colorado’s most serious public health challenges — binge drinking precedes one in three suicides in the state, according to a study released last year by Colorado’s Department of Public Health and Environment. Other health effects include alcohol poisoning, high blood pressure, heart attacks, fetal alcohol syndrome, interpersonal violence, and vehicle crashes.

One in three (34 percent) driving deaths in Colorado involve alcohol, compared with the national average of 29 percent. In El Paso, Pueblo, and Mesa counties, two in five (40 to 42 percent) driving deaths involve alcohol. The rates in Denver, Jefferson, Arapahoe, and Douglas counties are not much better. Of the 11 most populous counties in Colorado, only Boulder (27 percent) is below the national average.[iii]

And this situation is getting worse. The rate of alcohol-impaired driving deaths per 100,000 is up 6 percent since the 2014 rankings; in El Paso and Jefferson counties it’s up 30 percent or more.[iv]

Reducing drinking and driving would save lives — 953 people in Colorado died between 2013 and 2017 in driving deaths involving alcohol. Bringing Colorado in line with the national average of 29 percent over that period would have saved almost 150 lives.

What Can We Do About It?

Campaigns like No DUI Colorado aim to deter persistent drunk driving and to educate the public on its consequences. The Colorado Task Force on Drunk & Impaired Driving heads up prevention and education efforts, like law enforcement’s “Heat Is On” DUI enforcement campaign. The data, however, say there’s more work to be done.

Colorado legislators could import approaches that have worked in other states. For example, in 2011, Maryland upped its state alcohol tax from 6 percent to 9 percent. Adult binge drinking fell 17 percent five years after the tax was implemented. A separate study found a 6 percent reduction in alcohol-impaired vehicle crashes, and a 12 percent crash reduction in drivers under age 35.

That’s not to say this is a perfect model for Colorado. All tax increases have to be approved by Colorado voters, something they have rarely done at the state level. And a tax would also fall on moderate and occasional drinkers. Alcohol is entrenched in our society, and even public health organizations like CHI include drinks in occasional celebrations or after-work gatherings.

An effective policy response should offer an objective, evidence-based roadmap to guide legislators, health officials, and law enforcement and win acceptance by the public.

Twitter
More than one in five adults in Colorado drink to excess and more than a third of motor vehicle deaths in the state involve alcohol, according to the County Health Rankings.
Tweet Share Share