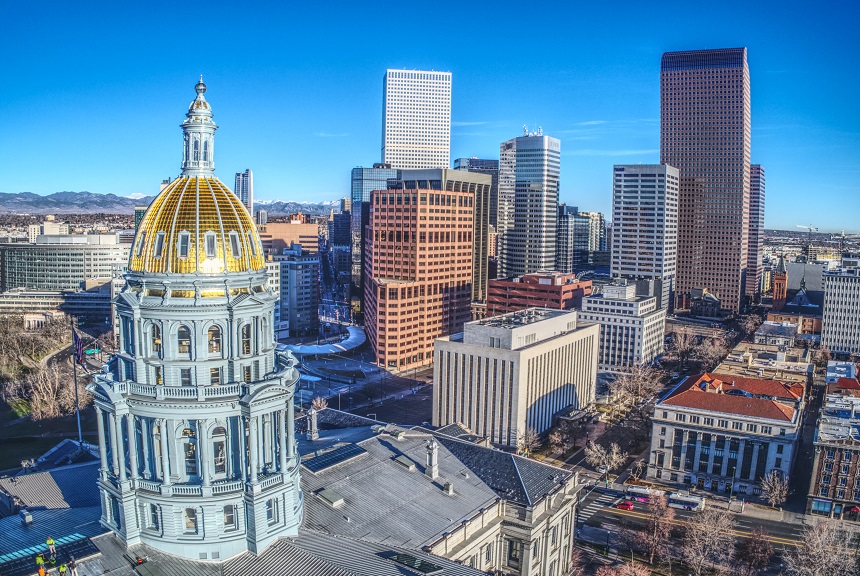 Billions in Federal Aid, Abortion Rights, and New State Agencies Are on the Docket

Colorado legislators return to the Capitol this week to begin another high-stakes session.

During the next 120 days, they have to decide how to invest billions of dollars in federal aid, they will vote on heated topics such as abortion rights, and they will shape two new state agencies focused on early childhood and behavioral health. And they will start this work amid the biggest surge in COVID-19 cases since the pandemic began.

This is a recipe for an unusually active election-year session, when things tend to be quieter than in off-years. Here are three broad questions the legislature could answer in 2022.

Legislators already know they want to focus on behavioral health, housing, and economic development — three topics that a recent Colorado Health Institute (CHI) report shows are tightly intertwined with the health of Coloradans.

But even massive sums of money can fail to make a measurable impact if they are spread widely and thinly across the state government. Right now, state leaders plan to save $1 billion for 2023-24 to avoid a rapid drop in spending when federal aid runs out. That leaves less than $2 billion for legislators to allocate this year in an attempt to create lasting change in these three huge areas.

The legislature created special committees last year to recommend how to spend the remaining funds in behavioral health, housing, and economic development. The behavioral health panel is recommending heavy investments in new crisis and treatment facilities for youth and adults, plus the workforce to staff the new beds. The question is whether this spending will be enough to meet the state’s burgeoning mental health needs.

How Will Health Policy Advance During an Election Year?

2022 is an election year for the governor, every lawmaker in the House, and half of the Senate — which typically means legislators aren’t eager to put forward major new policies. However, we expect to see significant proposals in a handful of key areas.

The legislature has debated many abortion bills over the years, typically from minority-party Republicans who want to add restrictions. Majority-party Democrats usually vote these bills down early in the session. But the stakes are much higher this year. The U.S. Supreme Court has signaled that it soon will overturn its Roe v. Wade decision, which established the legal right to abortion in 1973. Colorado law has no affirmative right to abortion services. Democratic legislators aim to change that this year with a bill to establish such a right. However, the debate will be about the details. Despite proponents’ wishes, legislators are almost certain to try to amend the bill with restrictions on the stage of the pregnancy and whether the pregnant person is a minor.

After the Affordable Care Act passed and cut Colorado’s uninsured rate in half, health coverage lost its preeminent spot on the policy agenda. This year, though, brings renewed interest in the 6.5% of Coloradans who still lack insurance. Consumer and human rights advocates will push for legislation to extend coverage to immigrants without documentation, a group CHI estimates makes up 15% of the state’s uninsured population.

Hospital workers have been overwhelmed by wave after wave of COVID cases, and half of Colorado hospitals have been reporting staff shortages since last fall. Legislators can expect to grapple with looming shortages in the health care workforce caused by provider burnout. Hospitals also will push the state to improve COVID-19 vaccination rates and implement protections for doctors and nurses who face harassment from patients and families who believe conspiracy theories about COVID-19. At the same time, look for hospital executives to ask Gov. Jared Polis to put the brakes on his health care cost-saving agenda until the COVID crisis has subsided.

There is no single health policy proposal that will take the spotlight this year. Instead, attention will focus on implementing some of the major legislation from last year, such as the public option and the creation of new state agencies.

Both areas face substantial challenges from fragmented systems that rely on various types of providers and private and government programs — making them difficult for ordinary people to navigate.

Recent investigative reports from the Colorado News Collaborative exposed troubles with the community mental health centers that serve as the state’s behavioral health safety net. Last week, Polis announced the hiring of Dr. Morgan Medlock as the new Behavioral Health Commissioner. Medlock, who was chief medical officer for the Washington, D.C., Department of Behavioral Health, will have to address the issues that reporters exposed, as well as critiques from mental health advocates that current plans for her new agency don’t go far enough in breaking down bureaucratic obstacles for patients. Medlock’s appointment requires Senate confirmation. Legislators also will vote on Polis’ request for $3 million to stand up the new agency.

The new Department of Early Childhood will oversee the voter-approved plan to offer free preschool to all Colorado four-year-olds in the fall of 2023. The early childhood system is a patchwork of private providers and school district and government programs. Tuition is unaffordable for many parents, but child care centers pay such low wages that turnover in their workforce is high. Legislators will weigh in on the new department through the state budget process. Polis has asked the legislature to transfer some 130 employees and $360 million in funding out of the Department of Human Services and into the new Department of Early Childhood.

The legislative session is scheduled to end in mid-May, at which time the answers to the questions posed above will be a lot clearer. As soon as the session ends, legislators can begin fundraising for their reelection campaigns, which will be complicated this year by new district maps that will be in effect for the next decade.

As always, CHI stands ready to provide nonpartisan research and analysis for legislators and their staffs to inform evidence-based policymaking. It’s how we live out our belief that better policy leads to better opportunities for all Coloradans to lead a healthy life.