The Ripple Effects of Crime 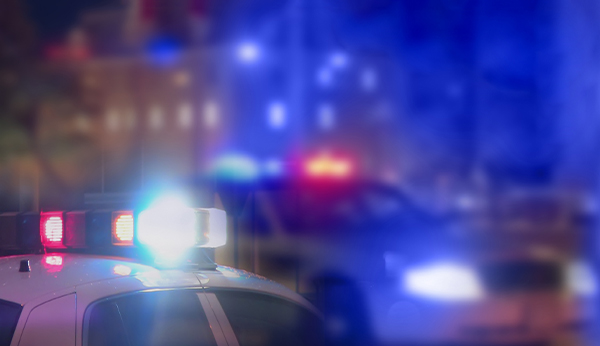 This is the fifth and final blog in a series analyzing 2019 County Health Rankings data.

Colorado’s violent crime rate increased slightly between 2012 and 2016, but it’s still well below the national average of 386 per 100,000 residents, according to the Robert Wood Johnson Foundation’s 2019 County Health Rankings.

Violent crime and public health often aren’t discussed at the same time. But violent crime can influence health in a number of ways, such as deterring outdoor activities or creating a stressful neighborhood environment.

Violent crime is defined as an offense that involves face-to-face confrontation between the victim and the perpetrator. The rate per 100,000 residents includes homicide, rape, robbery, and aggravated assault.

Where Is Violent Crime More Prevalent in Colorado?

Why Is Violent Crime High in Some Counties and Not Others?

Social and economic factors can drive violent crime. These factors include income inequality, education, and residential instability. Studies show neighborhoods with concentrated disadvantage experience higher levels of violent crime. But every neighborhood and county is unique, and what could be behind the rates for one county may not be the same as in another.

According to Health Rankings data, both Denver and Pueblo have income inequality rates significantly higher than the state average. Additionally, 24 percent of children in Pueblo live in poverty, double the state average (12 percent).

The lowest-crime counties have lower income inequality: Elbert, Jackson, and Yuma counties all are below the state average.

According to the Health Rankings, Denver County has the lowest percentage of home ownership (50 percent) in the state, and continues to grapple with the rising costs of living, housing prices, and displacement. Pueblo also falls just below the state average (65 percent) at 63 percent home ownership.

Conversely, Elbert County has the state’s highest percentage of homeowners at 90 percent, and Jackson County has 70 percent.

Clear Creek County, however, seems to be an outlier, with higher than average home ownership (77 percent), and very low income inequality (3.7). It's a reminder that there are many different factors that lead to violent crime.

It’s important to note that social and economic factors like income inequality and residential stability can be both the cause and result of violent crime. Violence can influence people to leave their neighborhood, and existing economic strains can influence violent crimes.

Violent crime in a community can have many victims, both direct and indirect. Witnessing a crime or even living in a neighborhood troubled by crime can affect health.

Various studies point to the relationship between violent crime and poor health outcomes.

What Are Denver and Pueblo Counties Doing To Address Violent Crime?

There’s no simple solution to stopping violent crime, but safety officials in Denver and Pueblo are looking at using data, increasing police presence, and engaging the community to address the issue in their communities.

Violent crime can affect the mental and physical health of a community. In counties like Denver and Pueblo, where rates are high, it’s important to address the drivers of violent crime at the local level, as every community is unique. Data tools like County Health Rankings and the Denver Opportunity Index — along with community engagement — can help safety officials and communities develop solutions that work and tailor them to their communities' needs.