In 2016, 97,600 Colorado taxpayers chose to pay a tax penalty instead of complying with the Affordable Care Act’s individual mandate by purchasing health insurance, according to a new Colorado Health Institute analysis of data from the Internal Revenue Service (IRS).

That equates to 3.7 percent of Coloradans who filed a tax return in 2016 — slightly more than the national rate of 3.3 percent.

However, the number of Coloradans paying the penalty dropped steadily each year between 2014 and 2016. The penalty itself became substantially more expensive over that time period.

That suggests that the penalty appears to have worked as designed by incentivizing more people to get insured and avoid the fine.

The Affordable Care Act (ACA) requires most people to have health insurance. Until 2018, those who didn’t comply paid a fine when they filed their annual income taxes. The ACA allowed a few exemptions for hardships such as homelessness or bankruptcy.

In 2016, counties in rural Colorado, where insurance prices on the individual market are especially high, had higher rates of residents choosing to pay the penalty than in the state as a whole.

However, even the rate in rural Colorado fell in 2016 as more residents signed up for health insurance.

Congress repealed this penalty in 2018. Beginning in 2019, people will no longer have to pay if they forego health insurance.

This analysis uses data from the IRS Statistics of Income program showing the number of Coloradans who paid the ACA penalty, their incomes, and their county of residence. The IRS compiles Statistics of Income each year based on a sampling of individual income tax returns.

More Coloradans were insured in 2016 than in 2015,  even though 2016 brought dramatic price increases on the individual market across the state.

Most Coloradans Who Pay the Penalty Make Less Than $50,000

However, a larger proportion of these income groups still pay the penalty compared with wealthier Coloradans or with the state as a whole.

The IRS does not report income data at the same thresholds that are used to determine eligibility for Medicaid and insurance premium tax credits.

However, Coloradans on the lower side of the income scale might qualify for Medicaid, while many of the rest might be eligible for tax credits to reduce the price of private coverage purchased on the state’s health insurance exchange, Connect for Health Colorado. 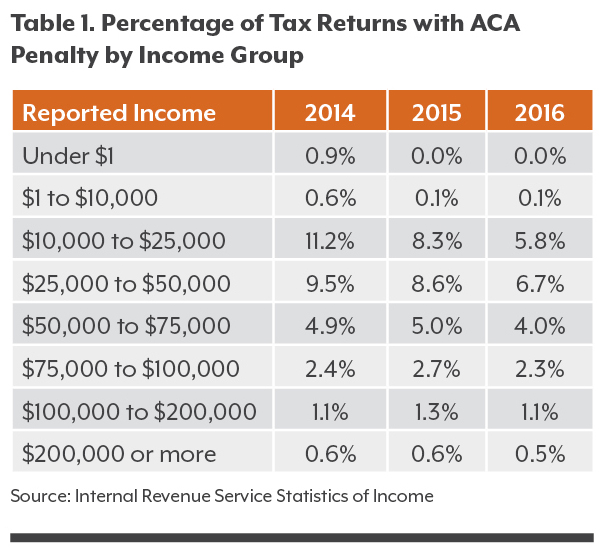 Nine of the 10 counties with the highest rate of penalty payers are on the Western Slope rating area, which has the state’s highest prices on the individual market. Garfield, Lake and Montrose counties top the list.

Six of the 10 counties with the lowest proportion of taxpayers paying the penalty are on the Front Range. In 2016, just 1.9 percent of Douglas County taxpayers paid the fine. Elbert and Broomfield counties weren’t far behind, at 2.3 percent and 2.9 percent, respectively.

For nearly 100,000 Coloradans weighing whether to buy insurance or pay the penalty, the cost-benefit calculation came down in favor of paying the penalty. However, fewer Coloradans paid the fine when it jumped to $695 in 2016, which suggests that the fine was effective in convincing some consumers to get covered.

While data on the tax penalty is not yet available for 2017 or 2018, insurance enrollment reached a record high in 2017, suggesting that most Coloradans maintained their health insurance.

The question now is what will happen to the insurance market in 2019, when consumers are no longer required to pay a fine.

Will Coloradans continue to purchase health insurance plans, or will enrollment drop?

There’s reason to believe many consumers will hold onto their coverage.  Prices on the individual market for 2019 coverage have stabilized, and many customers will be able to find less expensive plans than in 2018. Some will qualify for free bronze plans — the lowest-cost option — thanks to higher subsidies.

The 2019 open enrollment period, during which people purchase insurance plans, ends on January 15, 2019. How 2019’s enrollment numbers compare to previous years’ will help iluminate just how effective the individual mandate really was at encouraging Coloradans to purchase health insurance. 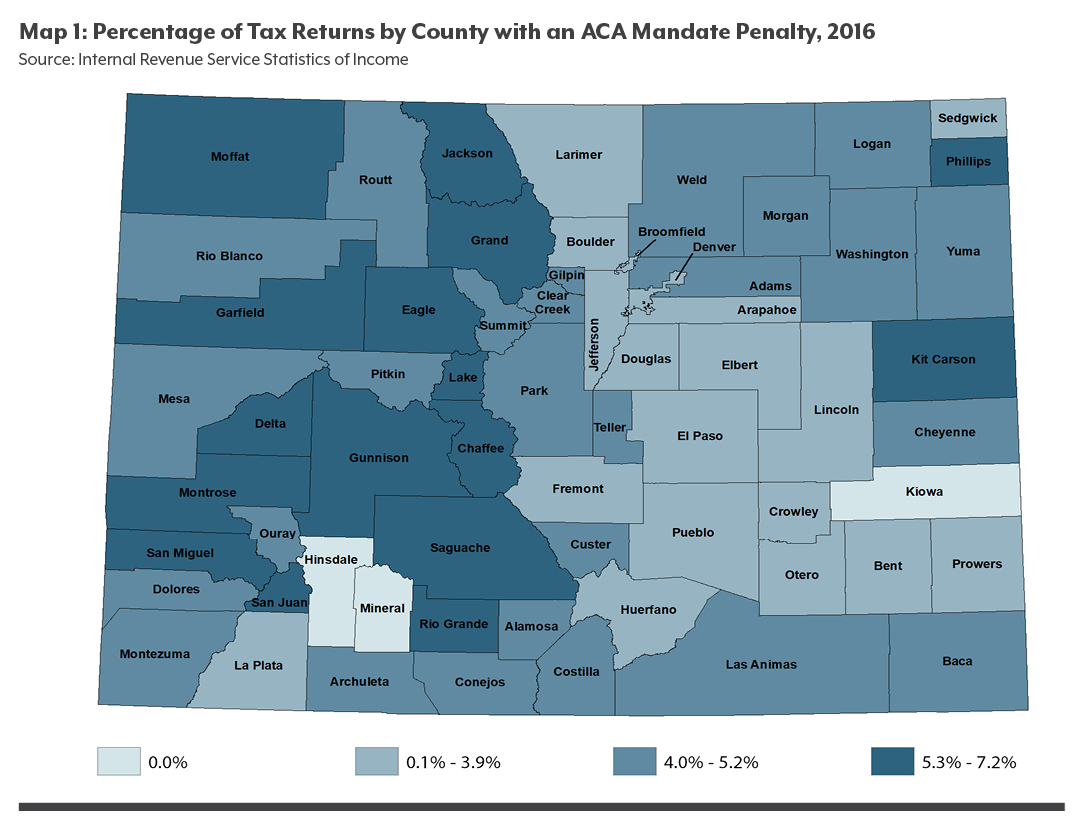