CHI has developed an innovative method to predict the probability of being uninsured in every ZIP code in the state.
Published: June 10, 2016 | Updated: April 11, 2017
Colorado Health Access Survey
Health Coverage and the Uninsured 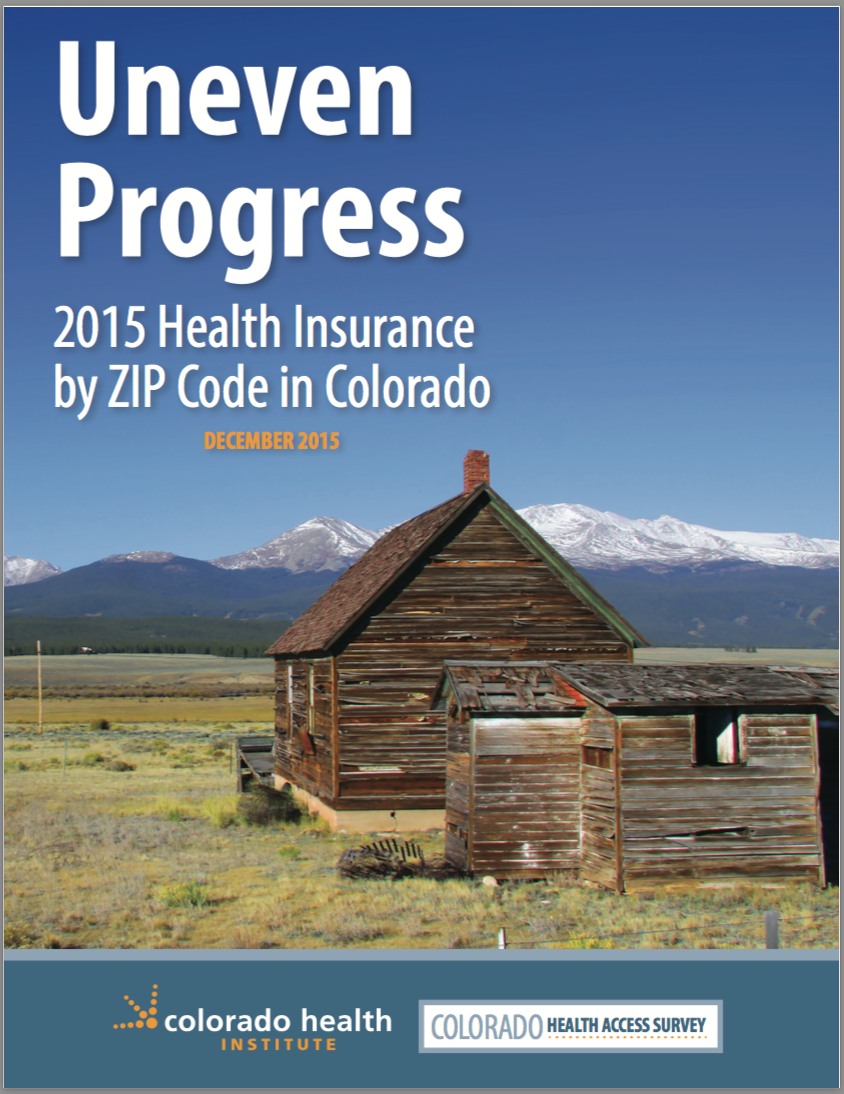 Neighborhoods and communities with high probabilities of being uninsured tend to be scattered across the state more than they were just two years ago, before provisions of the Affordable Care Act (ACA) went into effect.

These hyperlocal data reinforce the historic improvement in insurance coverage across Colorado. The statewide uninsured rate for Coloradans under the age of 65 fell to 7.6 percent in 2015 from 16.0 percent in 2013, according to the Colorado Health Access Survey (CHAS).