Drug Overdoses Continued to Increase in 2017

In 2017, 1,012 Coloradans died of drug overdose, according to the Colorado Department of Public Health and Environment (CDPHE). That's more than in any previous year recorded by the state.

CHI created the graphics below to illustrate drug overdose trends through 2017. They are free for public use and available to download. The source for the data is CDPHE.

Below: There were 373 deaths involving prescription opioids (a category that includes fentanyl), 299 involving methamphetamines, 224 involving heroin, and 94 involving cocaine in 2017. This is a marked increase in all categories except cocaine since 2001. 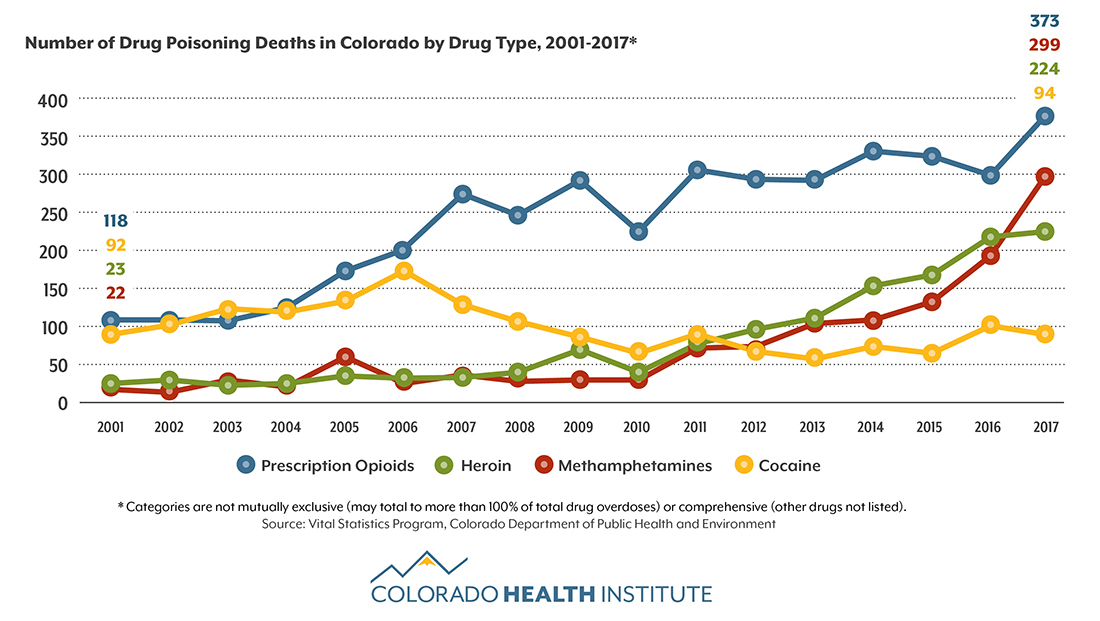 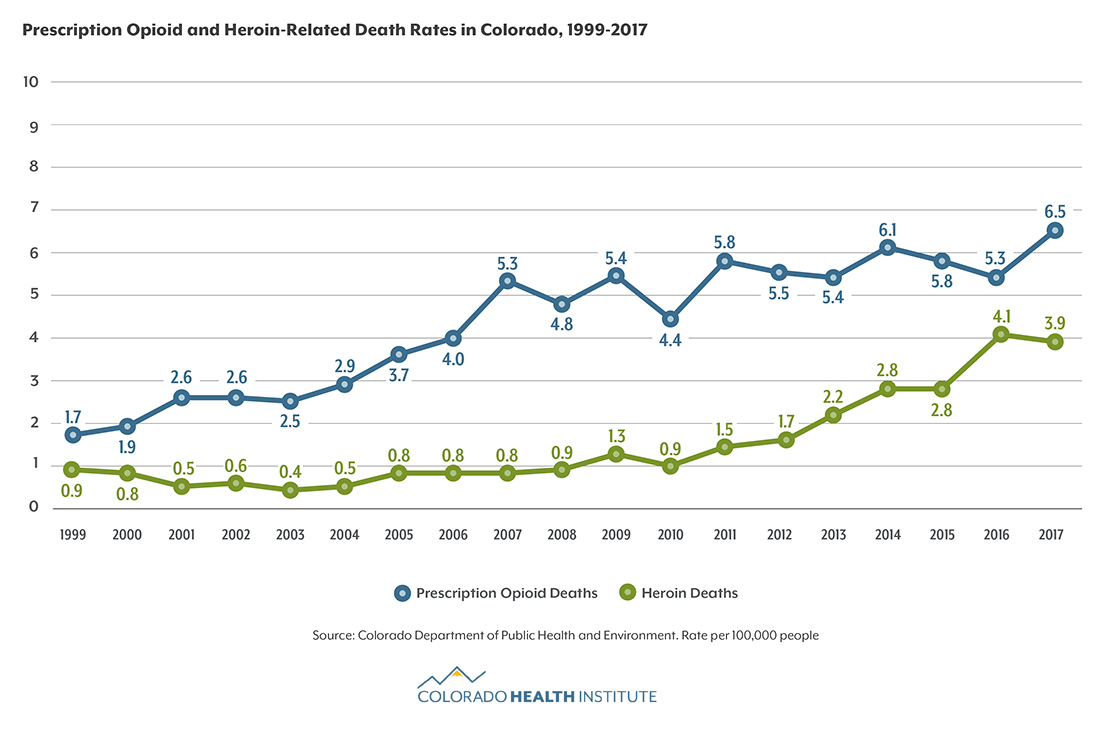 Below: The rate of deaths due to drug overdoses has increased steadily since 1999. 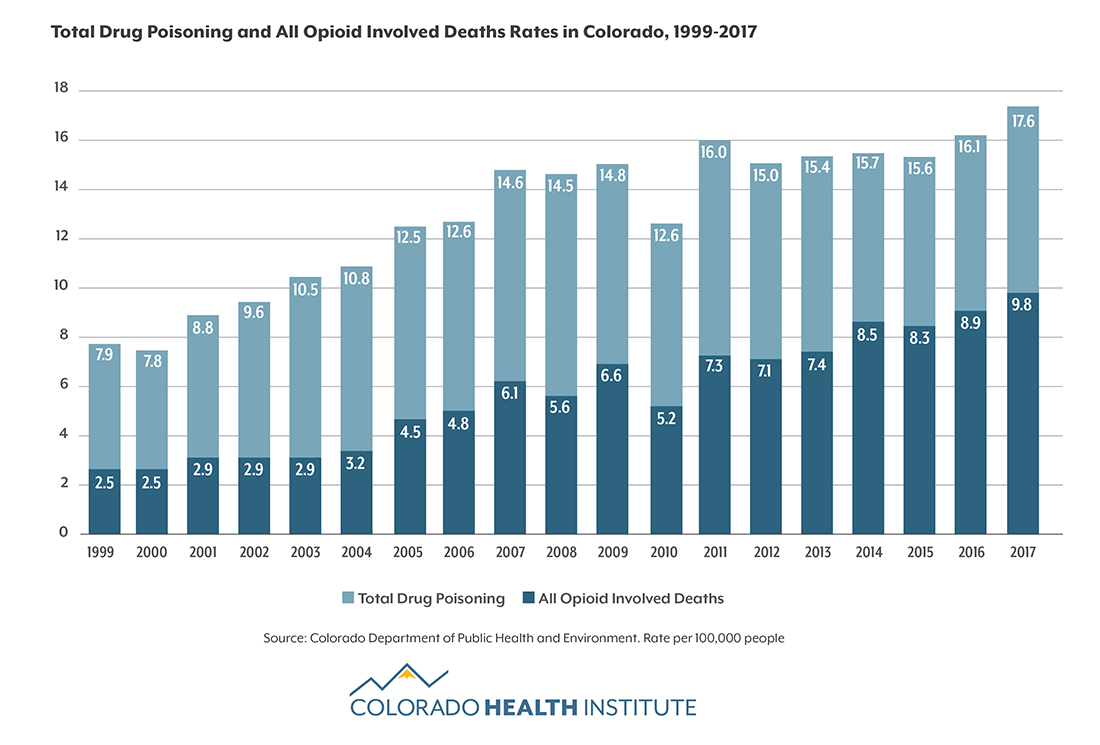 More on substance use in Colorado from CHI