No other insurance market experienced more regulatory changes mandated by the Affordable Care Act than the individual market. So with all of this shake up, what has happened in this market?
Published: June 7, 2016 | Updated: April 7, 2017
Health Coverage and the Uninsured 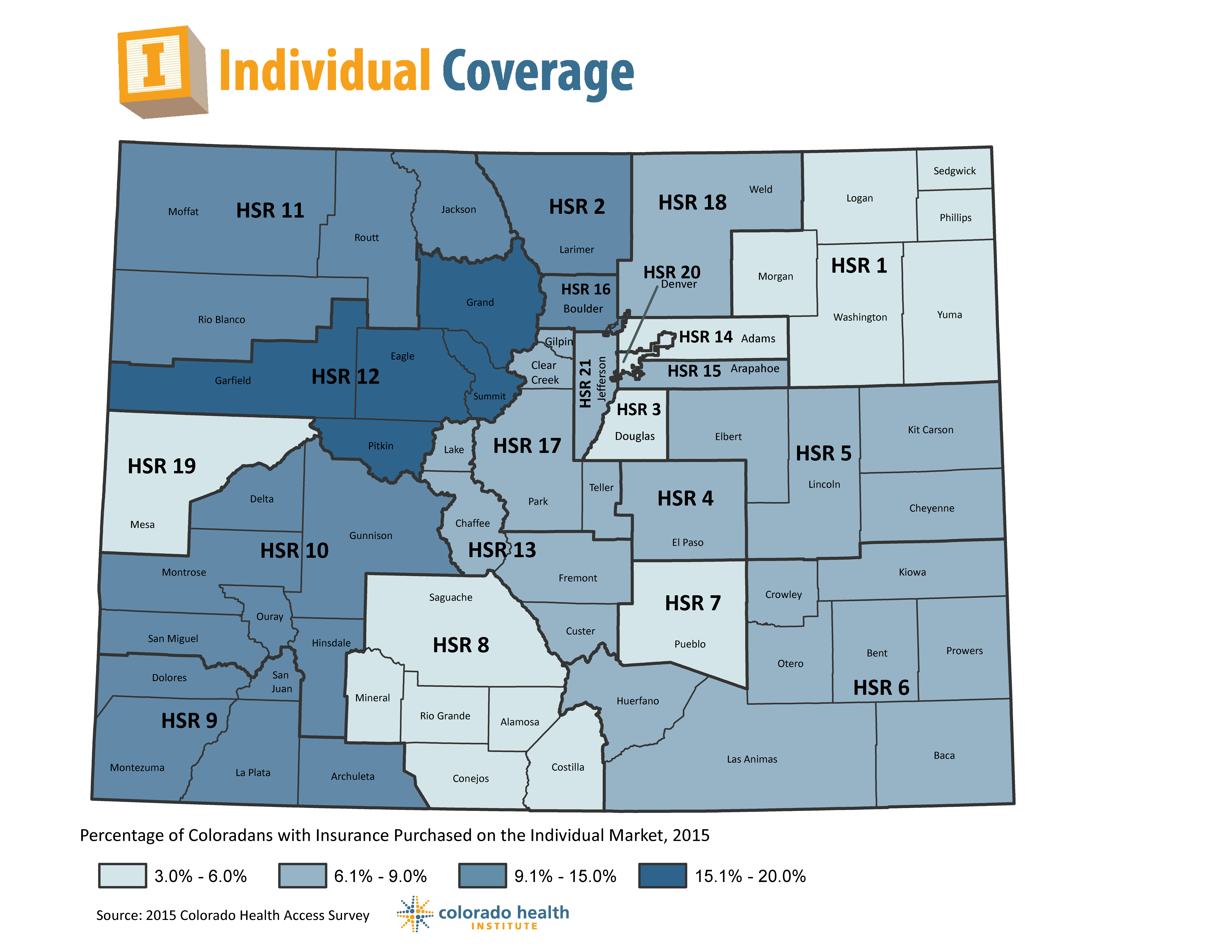 No other insurance market experienced more regulatory changes mandated by the Affordable Care Act than the individual market.

The federal law forbids carriers in the individual market from rejecting applicants or setting their premiums based on their health status. It includes federal subsidies for people who purchase individual coverage through the state’s health insurance exchange as long as they have household incomes at or below 400 percent of the poverty level and don’t qualify for public insurance.

So with all of this shake up, what has happened in this market?

Data from the Colorado Health Access Survey indicates that enrollment in individual coverage has remained relatively stable despite these major reforms. However, enrollment in the individual market in different geographic areas throughout the state is remarkably different.

In Pueblo County, only 3.9 percent of residents are enrolled in the individual market, the lowest rate in the state.  This is likely explained by the high prevalence of public insurance in Pueblo.

On the other end of the spectrum, in Health Statistics Region 12, which includes Garfield, Eagle, Grand, Summit and Pitkin counties, nearly 20 percent of the population has coverage purchased in the individual market. Ironically, 2014 national analyses indicated that premiums in these markets, which are home to Aspen and Vail, were the highest in the country. What explains such high uptake in such high-cost markets? Lack of employer-sponsored coverage. With lots of small employers in the region and a large tourism industry, only 44 percent of the population has employer-sponsored coverage, six percentage points lower than the state average.

High insurance premiums in the mountain communities has led to a good deal of discontent.  Community leaders have sought a legislative solution that would prevent carriers from charging higher premiums based on geography, also known as “geographic rating.” Look for a study later this summer from the Division of Insurance that explores the impacts of this potential policy change.

This isn’t the first you’re hearing from CHI about the individual market this week. Yesterday, the state Division of Insurance revealed the premium rates that companies want to charge on the individual market in 2017. Read Joe Hanel’s analysis of the new rates here. Spoiler alert: the news is grim.